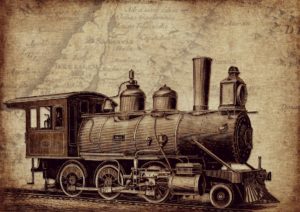 Dictators were cruel men and the people the ruled Y WRI. Other dictators were not crucial Although they were the and wisely But they had not been elected by the HRS either ruled because their fathers had been king AGRRR HER or because they had fought and defeated the former fiery There are some rulers who are not decider di people allow them to be kings Usually this means that the country is the Parliament and its members are sed. Then, neither the king for the Parliament are dire the USA elected by the people but he does not rule Parliament and its members have been elected by the people The Kinder is called democratic government There are various rent kinds democratic government successful than others But in all kinds of demarcation HG people themselves have to choose who rules them When India was ruled by the great Mogul emperor, it was not democratic society because the Moguls were dictators. But they were which was close to India’s north-western border. Babur’s armies had been among the most successful and powerful rulers India has ever had. The first Mogul emperor of Was Babur was descendant of attacked in central Asia and the only place to which they could invade was the plains of India in 1528 he fought and won a great battle against the rule of Delhi, in the center of the northern plain of India. Babur made Diene capital, but he still wanted the whole of north India brought under a control.

By the time Baur’s grandson, Akbar, became emperor, the Mogul emperors had brought most of India under their control Akbar was a very ambitious man. He wanted to become more and more powerful, and so he wanted all his rivals destroyed. He knew that any ruler might become a powerful rival, so his armies attacked the castles of all the small rulers who might be future rivals. Soon, nearly all the land in India was under Akbar’s direct control, and he had no rivals anywhere All land now belonged to the emperor, and Akbar divided this land into provinces. Instead of the old rulers, whose land belonged to them and who might become rivals, Akbar appointed his own special officials to rule the provinces. These officials kept their provinces peaceful. They never became too powerful because their power was the emperor’s power. They were appointed by Akbar, and if they did not please him, they knew he could easily appoint someone else to be his representative in their province Most of Akbar’s appointed representatives seem to have been wise, clever men. They ruled in the way that Akbar wanted because they were afraid of what might happen to them if they didn’t. Before Akbar became emperor, India had not been a peaceful place. The various rulers had often fought against one another, and the members of the various religions were always fighting, too. Previous emperors had usually been either Moslems or Hindus, and their officials and representatives worshipped in the same way as the other religions had always been suppressed. But Akbar did not appoint honor. Rivals of representatives because of their religion. He did not want any religion suppressed. Although he himself had been a Moslem when he was young he allowed Christian missionaries to live and work in India. He also allowed priests of the Jain, Hindu and Moslem religions to worship in their own way

Now Akbar was able to encourage people to enjoy beautiful things. He encouraged writers and painters and musical people to live and work in his various palaces He also encouraged people to build many wonderful palaces and temples He encouraged people to make beautiful public gardens. His son and grandson. too had beautiful temples and palaces-built Sheehan. Akbar’s grandson loved his wife so much that when she died, he wanted the most wonderful grave the world had ever seen made for her. This grave was made inside a building called the Taj Mahal and it is still one of the most wonderful buildings in the world in the days of the Mogul emperors, and especially Akbar India became one of the richest and most powerful nations in the world Because of this, merchants, missionaries and travelers came to India from all other parts of the world. They took home with them stories of the wonderful temples, beautiful gardens, niche palaces, and peaceful government. They saw all the good things that the Mogul emperors had done They didn’t remember much about the poverty and famine of the ordinary people because this was no worse than it was anywhere else in the world at that time

The Mogul emperors were dictators and very powerful, successful dictators. But India, under their control was a more peaceful place than it had been for many hundreds of years.