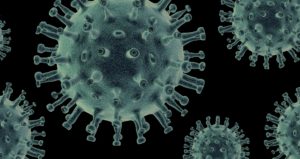 MICROBES: Microbes are a special group of living things most of which can be seen only through a microscope, Fungi and bacteria are common types of microbes.

A FUNGI: are microbes which grow on wood, food substances and soil but are different from plants as they do not have chlorophyll.

KINDS OF FUNGI: Yeast, moulds and different types of mushrooms.

Keep the following things for two or three days in closed plastic packets tips lemon, ripe tomatoes, a piece of pumpkin, nshima, damp bread. The coloured powder that you see on them are the Spores of the ring us growing on them. The fungus consists of fine threads which grow into the food and decay it. Rotting of food and wood are caused by fungi.

BACTERIA: are microbes which rot the remains of animals like meat, milk, eggs: dead animals, faeces etc. They are much smaller than fungi.

HOW BACTERIA REPRODUCE: Like fungi, Bacteria reproduce by means of spores.

1) In man: Microbes helps to provide vitamins in man.

Living things take in oxygen, carbon dioxide, water and minerals. But these material

are replaced to nature by photosynthesis, respiration, excretion and decay. Thus the

materials create or move in excretes in nature Plants, man, animals and mere

participates in this process help one another to keep the balance of the eco-system.

HOW THE CARBON DIOXIDE GOES ROUND IN NATURE

Breathe out Carbon dioxide in a Photosynthesis Animals and microbes

HOW NITROGEN GOES ROUND IN NATURE

Nitrogen in the soil is taken in by plants as nitrates, Animals gel nitrogen by eating plants, Nitrogen is returned to the soil when plants and animal remains deny. Bacteria helps in this process. The going round of nitrogen in nature is called NITROGEN CYCLE.

Nitrogen in soil gives out taken by Bacteria plants Animals and Fungi.

HOW A FOOD CHAIN CAN BE USED TO CONTROL A PEST

If we can find out a particular bird which feeds on the caterpillar that destroys our crops, we can use that bird to control the pest. The best way of controlling pests is by using predators.

F.COMMUNITY: A group of inter dependence living things live together in communities like people do. The plant communities in Zambia can be classified into three main kinds.

A fire in the forest or woodlands can cause a lot of destruction to man, animal and birds

III How does the nitrogen absorbed by the roots of plants brought back to the soil.