HOW I MET MY BEST FRIEND 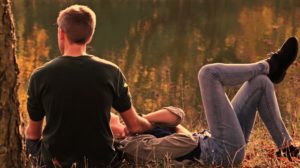 Having a best friend is something amazing. You tend to spend most of the time with that person, sharing secrets and having fun. How i met my best friend. For several months, Chaddy become my friend, and was best known in Villagate for his gorgeous blue. He liked to wear a grey hut that reached over his neck. I heard tales about him before I moved to Villagate, and within a week I knew they were all real. He had the same shoes on all the time with matching colors with his outfit. He was kind of crazy for many reasons. One thing people didn’t like about him is that he used to abuse alcohol and too much smoking cigarette. However, most of the tales which I heard about him were told by cousin who used to live Villagate way back before me. My cousin was also captivated with the stories of some residents in the area. The first two months stay weren’t unpleasant, perhaps even intriguing, it was kind of a ghost town, as most people were not moving after 7:00 pm because of a group of boys who used to attack people in the night. But, that did not scary Chaddy from moving in the night. How i met my best friend.

One thing that pressed me to move to Villagate was the cheap and affordable rentals and was much easy for me to access the transport to move into town and also connect to other places within the city. Food was much cheaper as compared to other areas in the city and internet services were much more affordable in Villagate. How i met my best friend.

The first day I stepped into Villagate, I met Chaddy at the restaurant, and my first impression I had about him was that he was friendly and kind of honest. I spent most of my first days writing in my notebook, rather than trying to spend most of my time with him, but later on, it become more fun to have him around. I didn’t understand why people would not want me to hang out with him.  I started hearing rumors about me that am dating Chaddy. I was kind of disturbed because my relationship with Chaddy was mere friendship. But people misunderstood us. We could spend most of the time together making business plans, touring, shopping and eating out. I learnt a lot from him and I believe he learnt from me many things as well. I could not miss a day without seeing or talking to him on the phone. Still my heart didn’t click for him as most people would think. Chaddy, was a kind of person who didn’t want to spend time unreasonably, he wanted to spent most of his time strategizing on how to increasing his financial capabilities, and most of his talk was to come with ideas on how venture into money generating activities. Just from interacting with him, I came with business ideas which I later developed into plans and later activities which are sustaining me financially up to this time. I can not count my time being with him as waisted, because of how useful those money generating ideas have been useful to me. There has never been such a person in my life. One day, as we were walking to the mall, he brought out a story on his ex-girlfriend. He talked much about how they used to spend time together. Well, that didn’t go well with me because it felt like he was trying to compare my friendship with his previous relationship and wanted to convey me to act better than his ex-girlfriend. How i met my best friend

In the next few days, I started to avoid him to set limits on our friendship as I persuaded it to be moving off limits. When he called my phone, I was just ignoring. I decided to leave town just for a few days, so that I could not see him. I blocked his line so that I could not be receiving his calls. I stayed out of town for about two weeks. When I reached home, I found a note on my door from Chaddy. As soon as I saw it I picked it up and put in on the table and went straight to my bedroom to put my luggage, took and hot shower and prepared some food. After, that I served my self on the table and started eating. As I was eating, I decided to open the letter. Before I opened, I took a deep breath wondering what I could expect. My first expectation was an angry expression on why I could leave town without his knowledge and why I was not picking up his calls. Then again, I remember one of his stories he told me about hm owing a small gold mine. He owns the mine illegally, and he will need to leave town for America as soon as he finds he finds a buyer of that mine, and that he will take me along. The gold mine was worth over $1Million. How i met my best friend

“Well I hope he has not let for America leaving me behind”, I said to myself as I was opening the letter. “Dear Rose, Where art though?, I have just sold the gold mine, we need to leave for America in the next few days!, Call me now as soon as you read this!!”. Oh No!!, How can I miss this!!”, I said to my self. Immediately, I called his number and it was not going through. I went straight to my cousin who knew him more and much earlier than me to ask about Chaddy’s where about. “I was with him a few minutes ago and he is rushing to the airport”, said my cousin. Immediately, I started running towards the taxi rank to look for a cab to rush me to the airport. As was running, I saw from afar, a tall and blonde haired man. I changed my direction and ran towards him. “Chaddy! Chaddy! Stop!”, I shouted. When, I got nearer towards this man, I realized that I was not Chaddy. Luckily, there was a taxi coming towards my direction. So, booked the taxi and rushed to the airport with the hope of meeting Chaddy before he leaves for America. How i met my best friend.