WHEN REPTILES RULED THE WORLD 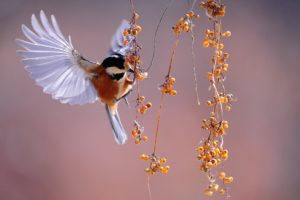 The world hasn’t always been the same as we know it now. Nowadays, mankind rules the world, but millions of years ago, before mon appeared, the world was a very different place. You would have been astonished if you had seen the world millions of years ago. You would have been astonished because everything was completely different from what we see in our modern world. During the long, long history of the world, there have been many things that would astonish you, but some of the most interesting and astonishing things were the reptiles which once ruled the world. Scientists have discovered that the first human beings to appear in the world lived about one million years ago. But, millions of years before mankind appeared, there were lots of other animals already living in the world. The first animals to appear were very small. Gradually animals changed until, after millions of years, other kinds of animals developed from the early, tiny animals. Most of the first animals to live in the world lived in the sea of the bigger animals, the first to appear were the fishes. Then millions of years later, some of the fishes developed bodies which made it possible for them to live both in the water and out of it. They were the ancestors of animals like our modern frogs. Frogs are still unable to live on dry land all the time. They must return to the water to keep their skins damp, and to breed. About 250 million years ago, the first reptiles appeared. The reptiles were the first big animals which could live on dry land all the time. We all know about the reptiles which live in the world today the snakes, crocodiles, tortoises and lizards.

In Africa, we see lizards every day. But the lizards we see are usually quite small not like some of the lizards which lived millions of years ago. About 150 million years ago, the most important animals in the world were the reptiles. There weren’t any birds or mammals at that time. Neither the birds Lizard nor the mammals had yet developed Since human beings are mammals, this means that there were no men and women in the world either. There were fish in the sea, there were insects of various kinds, and most important of all, there were reptiles. The most famous of these reptiles were the Dinosaurs – a name which means “terrible lizards”. Most human beings would have been very frightened if they had seen these terrible animals. The “terrible lizards” were living in every continent of the world 150 million years ago and some of these “terrible lizards were enormous. One of these reptiles was the largest and most terrible meat-eating, hunting animal that has ever lived in the world. Scientists have called it Tyrannosaurus. It was three times as long as an elephant, and as high as two tall men, one standing on the shoulders of the other. It walked almost upright on its hind legs, and it had huge teeth which could be 15 centimeters long and 21 centimeters wide. It walked almost upright because its forelegs were very small. Several kinds of these big reptiles walked almost upright. There was one kind which was as high as Tyrannosaurus, but only half as long. It had a horn like a rhino, the large animals it hunted and sixty large, powerful teeth. It developed these to kill and Est

These terrible meat-eating reptiles were very dangerous. Not all of them walked upright while hunting. Some of them lay in the water most of the time so that they could hunt giant water-tortoises and other water animals. The hunters ware enormous lizards with short tails, thick bodies and very long necks. The neck of one kind of lizard was three times as long as the neck of a giraffe It had long, powerful jaw and inside the laws were lots of terrible teeth. Its jaws were like the laws of a monster in a bad dream. To try to defend themselves against attacks from these monsters, the water-tortoises also developed to o glint size. They were enormous – as long as a car and their weight were sometimes as much as three tones. They developed very thick, hard shells which even the jaws Nook of the hunting reptiles could not easily break the other terrible reptiles which lived millions of years ago were the giant crocodiles. These crocodiles were almost the same as the ones we see nowadays, except that they were sometimes even longer than a bus! Can you imagine meeting one of those?  But not all the reptiles which lived at that time Jaws wanted to attack other animals, even though some of them were enormous and seam terrible to us now. There were many reptiles which never ate meat at all. These reptiles only ate plants and leaves. But, just like the water-tortoises, they developed huge bodies to defend themselves against the hunting reptiles.

These plant-eating reptiles didn’t usually attack any other animals. They liked to live in peace. Even the terrible Tyrannosaurus wouldn’t dare to attack one of them. It isn’t surprising since the plant-eaters were often longer than two buses parked end to end! These huge reptiles were so heavy that they couldn’t walk upright, as many of the other reptiles did. Instead, they had to lie in swamps and shallow lakes so that the water would help to carry the weight of their bodies. The plant-eating reptiles which weren’t enormous and heavy had to develop other ways of defending themselves from the hunting reptiles. Many of them developed horns and thick, strong scales so that the terrible teeth and jaws of the hunters couldn’t break through their skins easily. All fish and reptiles have scales, but the scales of these reptiles of long ago were specialized for protecting them from attack by Scales the terrible meat-eating monsters. The scales were specialized in such a way that they were like thick, strong leathery plates. Some of the plant. eating reptiles had specialized pointed scales along their backs as well.

These were specialized to hurt and damage any animal which might attack them. But animals which had these specialized scales for protection were often unable to move very quickly owing to the weight of the scales, so they were often caught and killed by the meat-eating reptiles anyway. Some of the reptiles developed after millions of years into snakes. They could hide from the meat-eaters by sliding into cracks between the rocks. They were able to do this owing to the long narrow shape of their bodies, and the way they could move quickly. Other reptiles developed a different way of escaping from their enemies. It took millions of years, but at last some of them developed very light bones in order to move more quickly. Their feet became rather like birds’ feet, and their forelegs became more like wings. Their scales became lighter and more like feathers and some even managed to fly for short distances. These reptiles were the ancestors of our modern birds. But, although they were light compared with the other reptiles of long ago, they were sometimes enormous compared with the birds and reptiles we know nowadays. There was one flying reptile whose wings would have reached over the length of two cars. It was the largest flying animal that has ever lived in the world.

Some small reptiles escaped the terrible hunting reptiles by developing warm blood and hairy bodies instead of scaly bodies. They were able to run around in icy weather when the other reptiles were too cold to move. This new group of reptiles had young reptiles which were born alive from their mother’s bodies and not from eggs — So they were kept safely inside their mothers instead of being eaten by hunting reptiles who stole the eggs. The reptiles with warm blood, which didn’t lay eggs, and which had hairs instead of scales were a little like mammals. They were the ancestors of the mammals of our modern world – but compared with our mammals and reptiles today, they were very strange animals. Modern mammals have hairy bodies and warm blood and feed their babies on milk.

. One of the most astonishing things about the reptiles of long ago was that, compared with the huge size of some of their bodies, their brains were tiny. Even the giant Dinosaur, which was more than five times as long as an elephant, had a brain which was only the size of a hen’s egg. With such a small brain compared with the size of its body, it’s no wonder that the Dinosaur wasn’t a very clever animal. Some of the reptiles were so long that they had a second small brain in the middle of their backbone. But with two brains, and sometimes even three brains, they were still not very clever animals. How do we know all these things about animals which lived and died so many millions of years ago? Scientists have discovered evidence in the very old rocks of the world. “What sort of evidence?” you might ask.

Before rocks become hard they are made of soft mud. During millions of years the mud gets harder and harder and becomes rock. The reptiles and other animals of long ago who died in the mud left the marks of their bone there. Nowadays, when scientists look inside the rock they find evidence of those reptiles. Sometimes, they even find the bones themselves. As the scientists collect more and more evidence, they use the pieces of evidence just like the pieces of a jigsaw puzzle. They try to get a picture of what was living in the world millions of years ago. They study the individual skeletons and marks in the rocks. Sometimes, only individual bones or individual teeth are found. From all these individual pieces of evidence, the scientists can tell us what the animals of long ago must have looked like. It is from this evidence that they have described the individual reptiles which ruled the world, and it is also how they have discovered that the reptiles of long ago were the ancestors of all modern birds and mammals. Of course, they were also the ancestors of the modern reptiles – the snakes, tortoises, lizards and crocodiles. Our modern reptiles are unpopular animals. You can think about any modern reptile you like, and it is probably disliked by you and your friends.  But probably the reptiles are disliked more than they really should be. Not all of them are harmful. The only harmful reptiles are the snakes, crocodiles and some of the lizards – but not even all the snakes are harmful. There are many harmless snakes, but they should always be kept at a safe distance, until you find out whether the snake is harmful or not.

Most lizards are harmless, and tortoises are harmless too. Scientists tell us that there are probably more harmless snakes in the world today than harmful ones. Perhaps, we human beings, who are so tiny compared with the huge monsters of long ago, should be very glad that we weren’t alive 150 million years ago when the reptiles ruled the world.