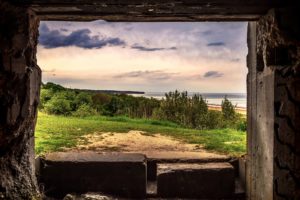 “Good evening, listeners. Welcome to ‘The Saturday Night Story’ Tonight’s chapter is being read by Alien Phiri and is called Suddenly, the radio was silent. Alessi asked Jacob if the radio was working properly and Jacob was just about to turn the switch when some dance music came on. It played for a few minutes and Jacob wondered if something was happening in the news-room. He got up to get a cigarette, but suddenly stopped as an excited voice came on. “Attention. An emergency broadcast is being brought to you. This is an emergency.” Jacob sat down suddenly and Alessi asked him whether he was sick. “She!” he said. “Listen!” “Reports have just arrived from scientists in America that Earth is being threatened by invaders from the planet Mars. Seven days ago, scientists noticed what seemed to be explosions on the planet. At first, they believed that the objects thrown from Mars were rocks, but gradually they realized that all these objects were travelling towards Earth. Late last night, ese was seen to be space-ships. Scientists were asked if they were doing anything to prevent the space-ships landing, but they replied that they believed the invaders might be peaceful. Although they refused to say how many ships had been seen, it is believed that there are as many as one thousand. We will bring you another report as soon as possible … Sorry – another report has just arrived.” Jacob looked at Alessi worriedly. “Do you think we are being invaded?” he said. “I can hardly believe that.

Attention all lateeners. Some news has just been received from a city in Zambia “A city in Zambia” said Jacob “Maybe that’s here” “Although there is no pool yet,” continued the news-reader, “we believe that this afternoon five space ships landed in an open copper mine in Zambia A crowd of strange beings crawled out of the ships and, moving at a terrifying speed, have swarmed into the suburbs. The Martians are being described as monster spiders. Their huge purple bodies have four. large green eyes which allow the spiders to see in all four directions at the same time. Their eight hairy legs are about two meters long is clear already that the Martians have not come peacefully because whenever anyone or anything moves they shoot a stream of burning liquid which kills people immediately. At least 500 people are reported to have died. These savage Martians make a loud wailing noise just before they shoot. The sky looks completely black because of the space ships of the invading army which is still moving towards Earth. People are being advised to find shelter in a building where there are no windows through which the horrible invaders can see. The army is being told to prepare for an attack on the space ships by now Jacob and Alessi ware terrified “can’t believe it,” said Jacob. “It can’t be this city. He went and carefully opened the curtain. But when he saw the sky, he knew that it must be true. Where only a few hours ago, there had been a full moon, now there was nothing but black sky. “We must get to shelter,” he shouted ‘The humiture Warehouse – there are no windows in the warehouse Get the children I’ll get some food. We don’t know how long we might be kept in the warehouse.” He ran out to the garden. He thought that he should take vegetables that didn’t need to be cooked, as there was no stove the warehouse. He picked some cabbages and cucumbers. The cucumbers weren’t ripe, but they might be needed. All east, if they were thirsty, they could get some liquid from the cucumbers in a few minutes, the basket was full of cabbages and cucumbers, and Alessi had appeared carrying the sleeping children. They ran, terrified, down the road to the warehouse Already another family was there, and Jacob began to make a comfortable place for his wife I’ll go and tell other people,” he shouted, and ran down the road, shouting the news to everyone “Go to the warehouse. We are being invaded Look at the sky” In a few minutes, crowds of people were running towards the warehouse, shouting and screaming, because they were afraid, Suddenly, in the distance, they heard the terrible wailing noise, Shut the Doral” yelled Jacob. “Pile the furniture against the doors. Don’t let the spider in Wo might be burned alive.” The big warehouse doors were shut with great difficulty as people were still trying to get in. But, soon, a huge pile of furniture was heaped against the door. Suddenly the wailing noise began to get nearer. The people left outside shouted and screamed oven more and then there was silence, as it a huge crowd of people had all boon killed. There were a few seconds of silence Inside the warehouse and then the crying began. The people in the warehouse became more and more terrified as another wail and another wail was heard outside. Although they couldn’t 300 out, they could imagine the horrible huge Martians strutting through the streets on their Hugo logo, Hour after hour passed but no-one except the tiny babies on their mothers’ backs slept at all. Someone had a radio, but when they switched it on there was no sound, at last, at dawn light began to show through the cracks in the door.

The exhausted crowd in the warehouse was silent. Suddenly the radio began to play. Everyone listened, waiting for news First, there came the tune of Tiyendo Pamodzi, as usual, and then the voice of the news-reader “Good morning, listeners. Here is the news. Yesterday, the President spent several hours in Livingstone, where he inspected two factories which have just been opened. Two new Zambian representatives have just been appointed to our office in Tanzania.” The news-reader continued the news and the people in the warehouse were astonished that nothing was said about the invasion Suddenly, outside there was another wail and the squeak of brakes as it a car had stopped. Then a voice was heard. “This is the police,” shouted the voice. “Will everyone come out of the warehouse and return peacefully to their houses. There is no invasion. There are no Martians. At first, everyone was too frightened to move. Then Jacob went and looked through a tiny hole. It was true. It was the police, and everything outside looked calm and ordinary,

In a few minutes, the exhausted people were crowding outside Jacob went to the policeman “Are you sure there are no Martians? I’m sure I heard them wailing” “That, sir, was not the Martians – but a police car!” was the reply “We were trying to find the cause of the trouble but continued Jacob “The sky was blacked out — I saw it myself “Have you never heard of an eclipse of the moon?” asked the policeman beginning to get annoyed. “But “interrupted Jacob. “It was on the news — there was an emergency broadcast.” “Perhaps if you had listened more carefully,” answered the policeman, “you would have realized that that was the Saturday Night Story being read Next time you listen to your radio, perhaps you’ll wait till you hear the end of the story.” As Jacob walked back to the house with an exhausted and annoyed Alessi, he felt ashamed and foolish. “What a waste a night,” he said. “I’ll have to go to bed now. “”What a waste of my beautiful cabbages and cucumbers,” she replied. “You won’t go to bed. You’ll go into the garden and start digging.”

The Martians had green bodies and tour eyes. (b) purple bodies and eight legs. (c) four green eyes and four legs.(d) purple bodies and four legs.300 The number of people reported to have been killed by the Martians was 200 (b) (c) 600 (d) 1000 Jacob and Alessi went to hide in the kitchen (b) stove, (0) shelter (d) warehouse (iv) The sky was completely black because the Martian space-ships filled the sky (b) it was late at night. (c) there had been an eclipse of the moon (d) there was no electricity. (v) The Martian invasion (3) was only a story being broadcast. (b) was broadcast during the news on the radio (C) was only in countries outside Zambia (d) happened only in Zambia,

Fill in the blanks. Alessi and were that heard on the invading Zambia. The radio said that 500 people were to have, and that people should find in a building where there were no through which the- could see. Alessi and her husband went to the warehouse to hide. They took the and some and with them. Many people went into the with them, but many were left In the morning, they learned that what they had heard on the radio was only the being read

Finish these sentences. Example: They heard a sound. A drum (beat)

Answer: They heard a sound. A drum was being beaten. They saw the men near the house. Some furniture (take away) The boys heard a loud wail. Peter (punish) The men heard the noise of guns. Their country (attack by the enemy) The girls looked very unhappy. They (hurt) The small boy was smiling happily. He (tell a story by his mother) (iv)